At Cactus Jiu Jitsu, we are proud of our lineage. Our lead instructor, Ed Maguire, studied directly under Master Pedro Sauer for nine years. Master Sauer learned Gracie jiu jitsu directly from Grandmaster Helio Gracie and his son, Grandmaster Rickson Gracie, two of the most legendary figures in the history of jiu jitsu.Cactus Jiu Jitsu is an official affiliate of the Pedro Sauer Brazilian Jiu Jitsu Association, and the only affiliate in Arizona.

We are also an official academy within the Jiu Jitsu Global Federation established by Rickson Gracie. We are dedicated to honoring our lineage and preserving the essence of Gracie jiu jitsu as a highly effective system of self-defense. 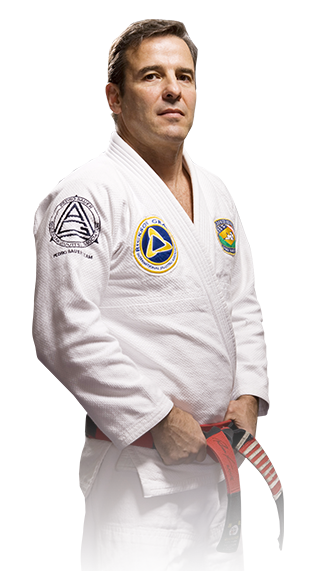 Master Pedro Sauer is a certified 8th Degree red and black belt instructor under the legendary Rickson Gracie.Master Sauer was born and raised in Rio de Janeiro, Brazil, where from an early age he began training in the martial arts.

At age five, he began boxing and later took up judo and taekwondo. At age fifteen, however, his friend, Rickson Gracie, invited him to train jiu-jitsu with his younger brother, Royler, who at the time was only nine years old.

The outcome of this experience convinced him that jiu-jitsu was the most effective of all the martial arts, and he began training the next day. In 1985, he earned his black belt from Helio and Rickson Gracie.

Master Sauer majored in Economics and Business Administration in college, and later worked in Brazil as a stockbroker for eleven years before deciding to move to the United States and pursue a career teaching jiu-jitsu. In 1990, he moved to California with the original wave of Brazilian Jiu-Jitsu instructors. He lived in California with Rickson Gracie and trained daily with the Gracie brothers (Rickson, Rorion, and Royce), their father, Helio Gracie, their cousin, Renzo Gracie, and the Machado Brothers, as well as many others.

In December of 1990, he moved to Utah where he launched a successful jiu jitsu academy. At the time, he was one of only two non-Gracie black belts teaching under the auspices of the Gracie Jiu-Jitsu Academy (run by Rorion and Royce Gracie). In October of 1996, he became an official representative Black Belt Instructor under the Rickson Gracie American Jiu-Jitsu Association.

In 2007, Master Sauer moved to Virginia where he established a new academy, One Spirit Martial Arts, which also serves as the headquarters of the Pedro Sauer Brazilian Jiu Jitsu Association.

In 2016, Master Sauer was appointed to the Master’s Council of the Jiu Jitsu Global Federation, an organization established by Grandmaster Rickson Gracie to chart out the future of Gracie Jiu Jitsu and its instruction.